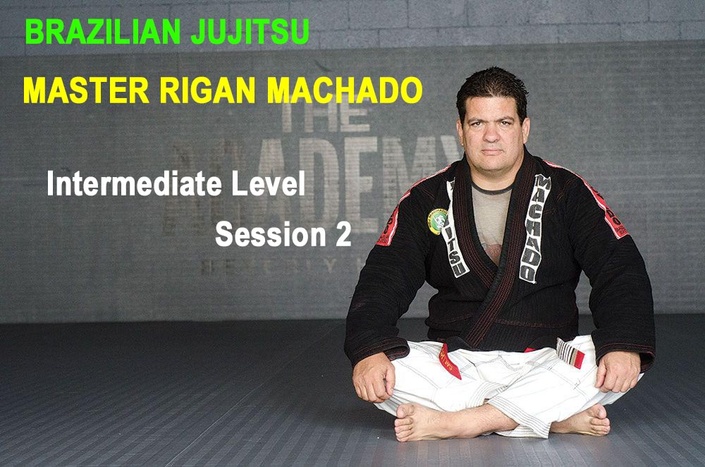 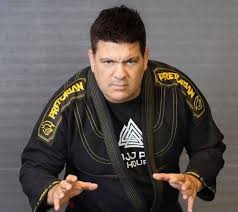 Rigan Machado (born 2 July 1966 in Rio de Janeiro, Brazil) is an 8th degree red and black belt in Brazilian Jiu-Jitsu, earning his rank under Carlos Gracie Jr. He is a former Pan American Champion (1996, 1997 weight and absolute) and a veteran medalist of the ADCC.[1] Machado currently teaches out of his Beverly Hills California Academy and is instructor to several Los Angeles-based celebrity students.

Machado is one of five brothers of the Machado family. He began training at the age of five with his cousins, "The Gracie Family". In an interview, when asked about his exact relationship with the Gracies, he said: "My mother's sister married the founder of Brazilian Jiu-Jitsu, Carlos Gracie."

Machado was awarded the first black belt under Gracie Barra founder Carlos Gracie Jr.[2] and is one of the original teachers who taught in the garage of Rorion Gracie in the early days of Brazilian Jiu Jitsu in America.[3] He also trained with his other cousins such Rickson Gracie, Rorion Gracie, Rillion Gracie, his uncle Carlos Gracie Sr, and his brothers.

He is widely regarded as one of the top competitors in Brazilian Jiu-Jitsu history. He also competed and won many tournaments in judo, Sambo, and wrestling. In Sambo he was placed second at the 198lbs division, and third at the open class of the 1993 Pan American Sambo Championships in Chula Vista

When does the course start and finish?
The course starts now and never ends! It is a completely self-paced online course - you decide when you start and when you finish.
How long do I have access to the course?
This is a one time purchase and you will have access for as long as this site remains online!
What if I am unhappy with the course?
Sorry. We cannot offer refunds on this course after purchase.
off original price!